Some of the visual and cultural influences on my work:

Headdresses and Haloes from Around the World

Headdresses in My Featherwork: 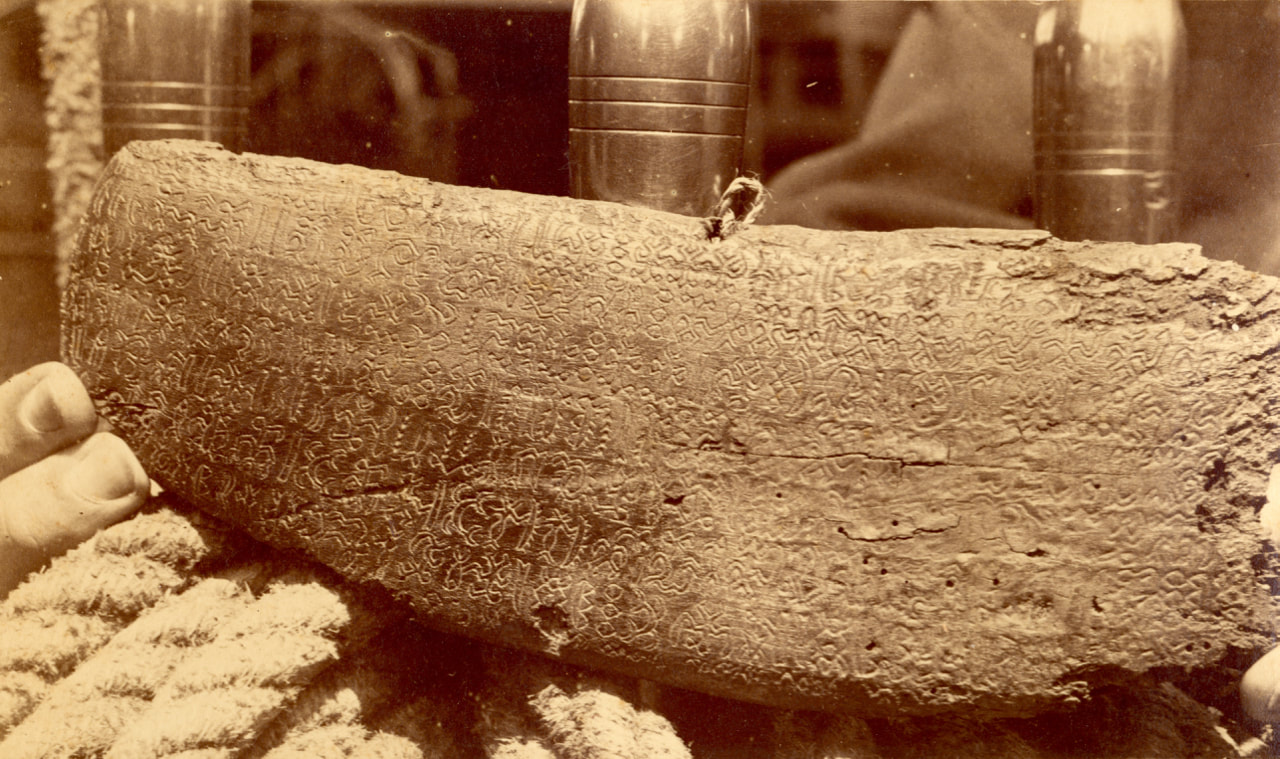 This 1886 photo, taken by my grandfather, Capt. Charles M McCormick aboard the USS Mohican, shows the Rongorongo writing from Rapa Nui, or Easter Island. This piece of wood, now in the Smithsonian, is a priceless artifact; only two dozen pieces of this undeciphered writing collected in the 1800's are known to exist. Rongorongo writing appears to be one of a very few independent inventions of writing in human history, and the only Polynesian written language. 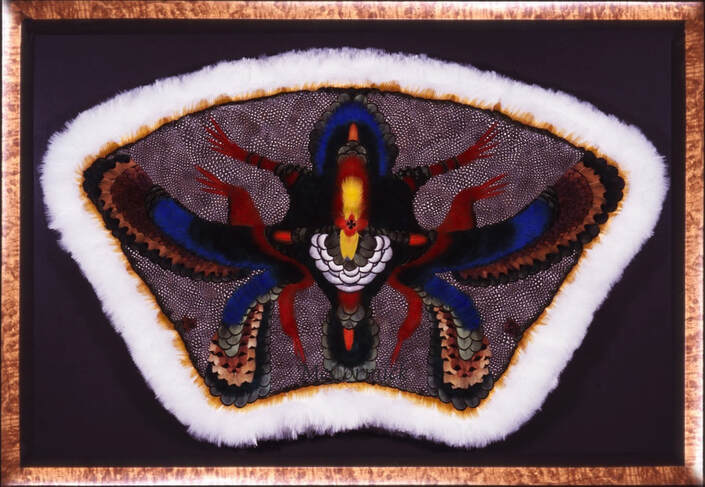 "Tell Me of Era Nuku" refers to the Rapa Nui god of feathers.
The USS Mohican, the first scientific expedition to Easter Island (which included my grandfather as a young navel cadet) came at a tragic time for the Rapa Nui population.  In 1864, Peruvian slave ships had captured a large portion of the population, including all of the officials and those who understood the Rongorongo writing.  Subsequent diseases wiped out the population, leaving as few as 111 islanders.
When the USS Mohican arrived, the islanders at first denied having any of the incised tablets, but finally relented to sell a pair of them. One of the elders of the island, a man called Ure Vaeiko, had been learning to read the hieroglyphics at the time of the Peruvian kidnapping. He declined repeatedly to translate the tablets, and went into hiding in the hills while the Mohican was there. One evening, just before the departure of the ship,  bad weather provided the opportunity to find the old man, who had taken refuge from the storm at his home, not expecting the visitors to cross the island in a heavy downpour. The USS Mohican report to the Smithsonian describes how the old man finally agreed to relate some of the ancient traditions, "because the opportunity of relating the legends to an interested audience did not often occur, and the positive pleasure to be derived from such an occasion could not be neglected. During the recital certain stimulants that had been provided for such an emergency were produced, and though not pressed upon our ancient friend, were kept prominently before him until, as the night grew old and the narrator weary, he was included as the 'cup that cheers' made its occasional rounds." At an auspicious moment photographs of the tablets were presented. Ure Vaeiko had never seen a photograph before, and the appropriate legend was related without hesitation. The first tablet translated concerned ceremonies to the god of feathers, Era Nuku, whose costume consisted of feathers for the head, feathers for the neck, and feathers to be waved by the wind.
As a feather worker, I was fascinated by this tale, which might have revolved around these photos taken by my grandfather.  I made this feather shield, entitled, "Tell Me of Era Nuku" to commemorate the Rapa Nui God of feathers.